In other words it was secretly based upon the Antichrist Masonic Tarot Card numbered 13, which illustrates the rider of death and destruction on the white Antichrist horse (Revelation 6:1-8), who was and still is, guided by the forbidden fruit of Egyptian/Jewish Masonic Antichrist sun moon and star worship (Deuteronomy 4:16-18) 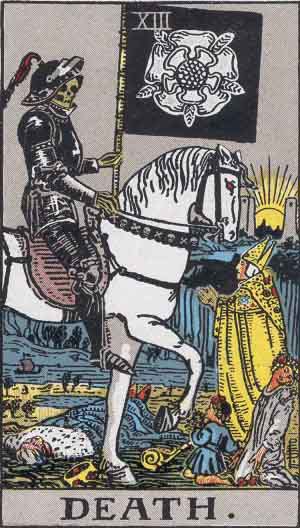 What becomes very interesting about the number 13, it also represents the dangerous term of rebellion.

Which simply means the rebellion of The Word of Father God Almighty (John 1:1 – Revelation 1:11), which ultimately leads all the world peoples to the scripture prophecy of 1 Samuel 15:23.

Known scripturally as being the sin of Luciferian witchcraft, recall Romans 6:23 PROPHESIED NEARLY 2,000 years ago that the wages of Sin, leads all peoples to spiritual and then physical death and destruction world wide refer to http://en.wikipedia.org/wiki/Death_(Tarot_card)&#8230;. 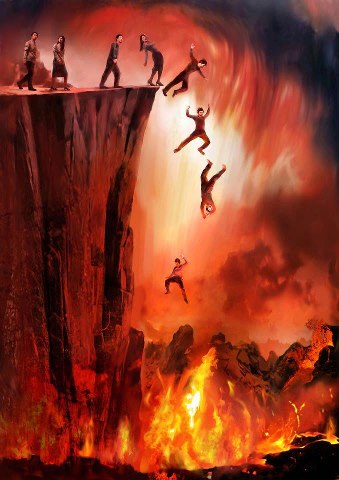 Nirvana Kurt Kubane song Lake of Fire prophesied…. Where do bad folk go when they die they do not go to Heaven where the angels fly but go to the lake and fire and fry, we will see him again Annuit Coeptis – The Apotheosis of George Washington/ Lucifer on the 4th of July (Tammuz)

What must be brought into the equation at this point of time is the scripture prophecy of Colossians 1:16 WHICH MANY PEOPLES WORLD WIDE ARE MERELY IGNORANT TOO…

For by Him – The I Am that I Am were all things created, that are in heaven, and that are in earth, visible and invisible, whether they be thrones, or dominions, or principalities, or powers: all things were created by Him, and for Him (1 John 5:7-8 KJV only): 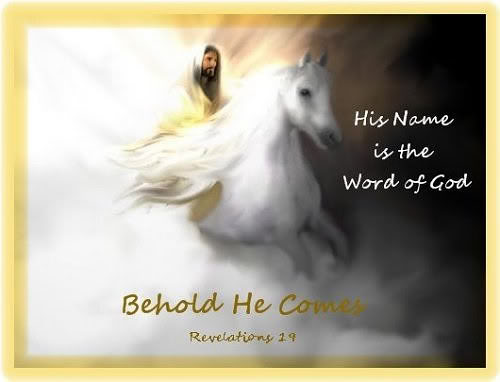 JESUS Our Almighty Father – The King of Kings and Lord of Lords (Philippians 2:10-11) JESUS The Alpha and The Omega (Revelation 1:11) The Spirit of Prophecy The Word of God Almighty (John 1:1) The Prince of Peace – Worshipful Master of The Universe – Wonderful Councilor (Isaiah 9:6) Majestic Conqueror of the one who sinned from the very beginning the father of lies Lucifer (Isaiah 14:12-14)

Yet according to Colossians 1:26 it describes The Luciferian Masonic Antichrist “mystery” 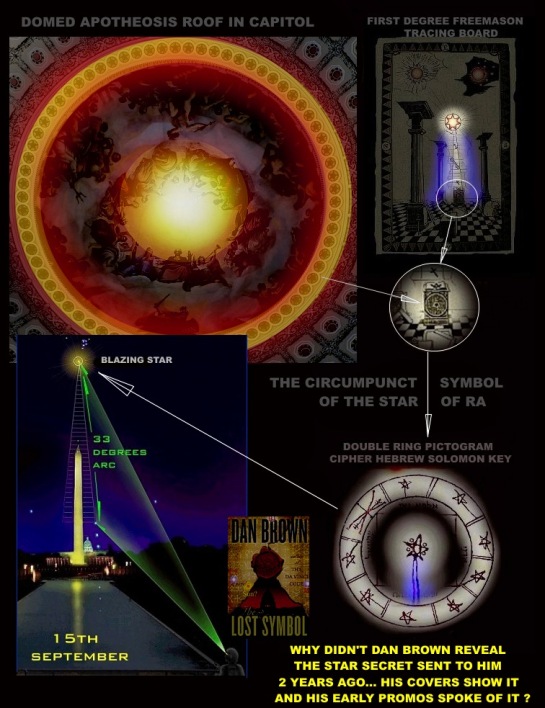 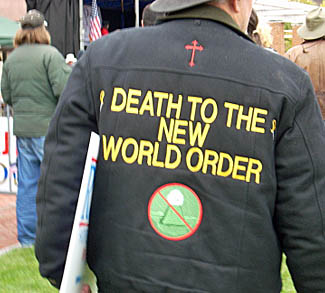 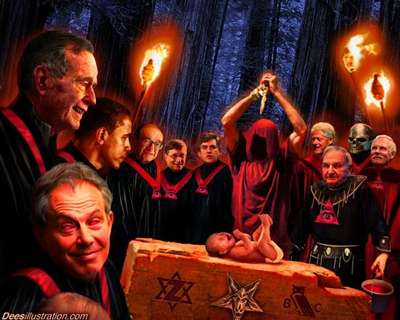 Another important fact to consider, is the dangerous tern of Annibus and Blucifer, set up at the Denver International Colorado Airport. 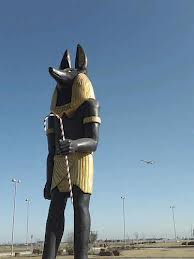 Annibus which means death and destruction 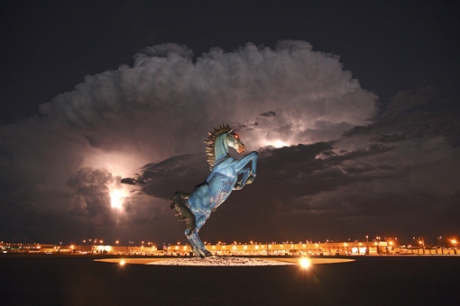 Blucifer which also leads to death and destruction scripturally known as the Pale Blue Horse and rider refer to Revelation 6:8 (Zechariah 8:22-23 equals unto the United Nations – Church of Nicolaitanes – Universal Freemasonry….) 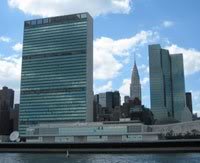 Established in 1945 by Nelson Rockefeller on the West coast of America then transferred by David Solomon Sassoon Rockefeller to the east coast New York City in 1953 simply to where The Worshipful Master of Universe George Washington, became as the 1st President of the USA on the 30th of April – Nissan Hebrew/Christian Israel New Year 1789. Take note 1953 known as the Year of the Light was well established in the questionable counterfeit Holy land Israel from 1953 as The Year of The Light which relates back to the 4th of August 1753 to when George Washington at the young age of 21 (7+7+7) years old became one with the spirit of Lucifer known as the spirit god of this world (2 Corinthians 4:4) from lodge # 4 Fredericksburg Virginia (444) recall Ishmael Barack Hussein Obama was born on the 4th of August 1961 yet became the 44th President of the USA equaling to the secret yet mystery number of 444 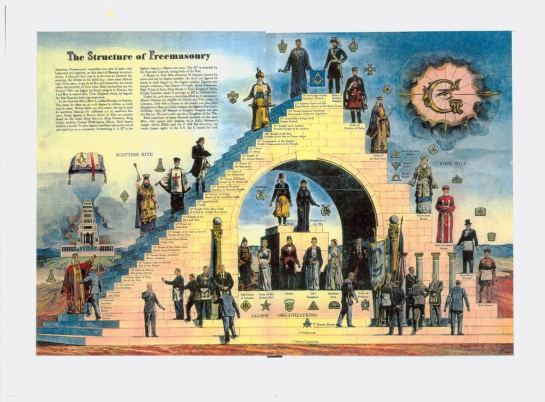 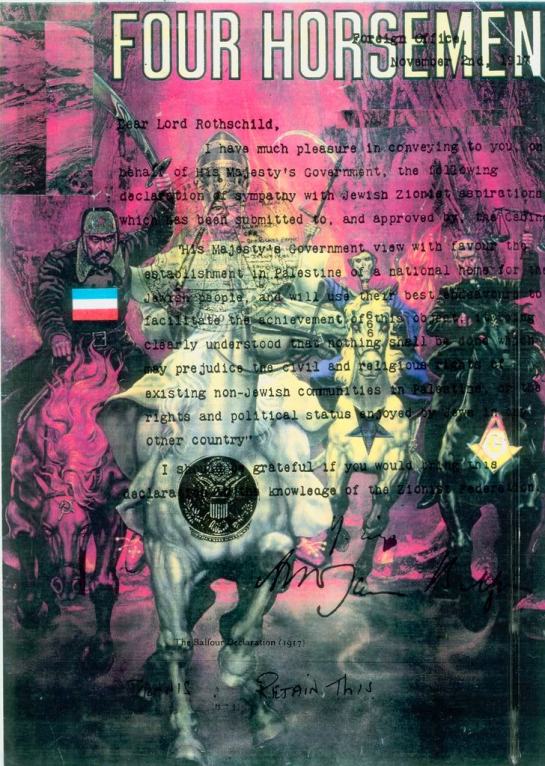 The 4 Horseman of the Apocalypse bringing in their New world Order conspiracy plan from 1776 that Lucifer/George Washington as Yod were as an equal unto the Most High (1 John 5:7-8 King James version only)

And I looked, and behold a pale blue (death and destruction) horse: and his name that sat on him was Death, and Hell followed with him. And power was given unto them over the fourth part of the earth, to kill with sword, and with hunger, and with death, and with the beasts of the earth. 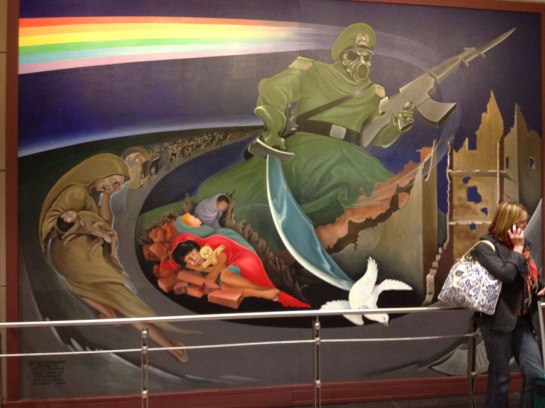 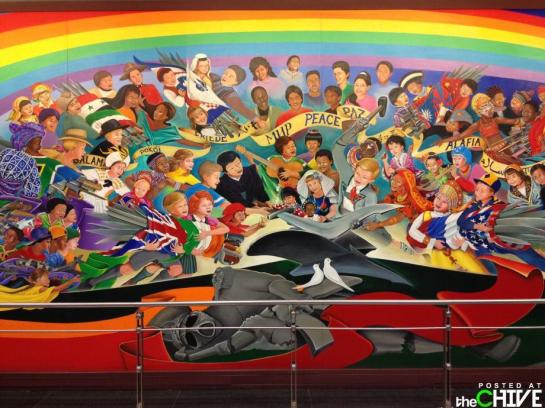 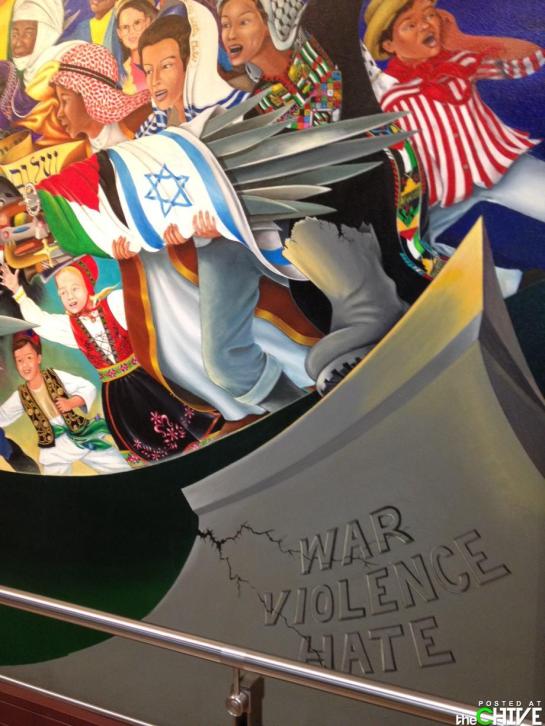 What becomes even more interesting was that the Worshipful Master of the Universe George Washington known as the 1st President of the USA laid the Head Cornerstone and Time Capsule at the Capitol Building  in Washington DC, on the 18th (6+6+6) of Jewish/Egyptian Luciferian September in 1793 known as Jewish New Year why? 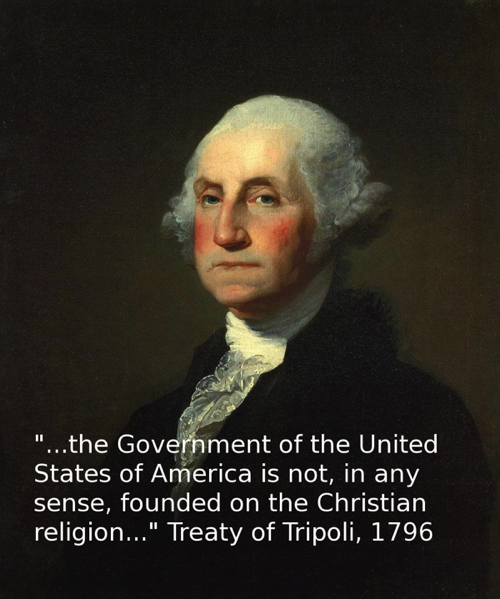 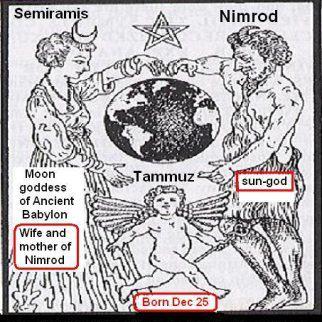 Bear in mind this ungodly act, was based upon the scripture prophecy Ezekiel 8:1-16, which introduces the sungod (Rah -Shaharit) – the moon (moon goddess) and stargod Remphan worship refer to Deuteronomy 4:16-19. Undoubtedly this event took its course of action from on the 25th of December X Mass day Y2K – Yod 2000 – AL 6000 known as The Solar eclipse, which produced the man child called Tammuz namely George Washington/Lucifer’s spirits, rebirth back into man kinds hearts and souls via In God we Trust NWO conspiracy plan of the forefathers of 1776, which created a mindset that George Washington/Lucifer’s spirits were as the man child Tammuz and or as Santa (Satan) Claus – Father X Mass for Europe etc, which allowed them to be as a equal unto the Most High (Isaiah 14:14) 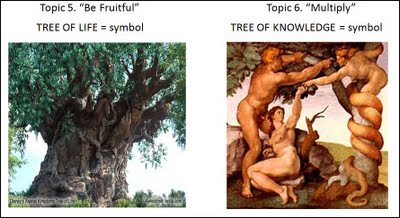 George Washington as the 1st President of the USA laid the Head Cornerstone – Time Capsule on the 18th (6+6+6) of September 1793, and then secretly put pen to paper to secretly raise the spirit of Lucifer back within mankind’s hearts via the Masonic ritual of his thrice chat of Mahahbon known as the awful yet secret sacred name recorded in the basement of the Capitol Building in and from 1793 known as Reincarnation which is displayed on every Masonic altars Universally 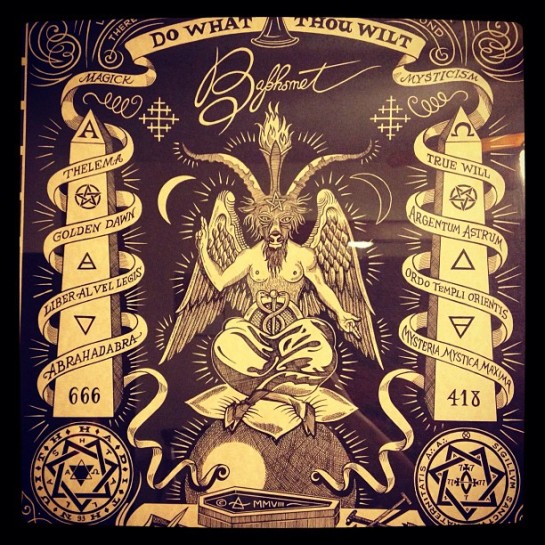 The Antichrist Re-enactment of the Abomination of desolation ceremony (Daniel 12:10-11- Matthew 24:15) which started its course of action on the September the 11th 1777 known as to the start of the Battle of Brandywine which was on the questionable date of the 23rd of September 2001 which was 12 days after the September the 11th 2001 catastrophe well orchestrated by the forefathers of 1776 led by General George Washington known as the Apotheosis of Universal Freemasonry/Church of Nicolaitanes sublime NWO faith initiative movement led by General Albert Pike

What has to be an another eye opener to the September the 11th New World Order of the forefathers issue, was that they ordered for the building of the 5 pointed Star god Baphomet Pentagon war Zone monstrosity, based in Washington DC, to be started its construction process on the 11th of September 1941 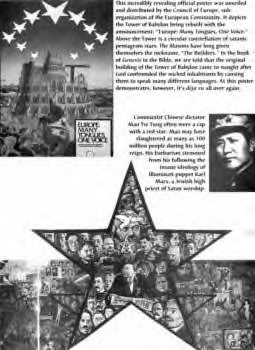 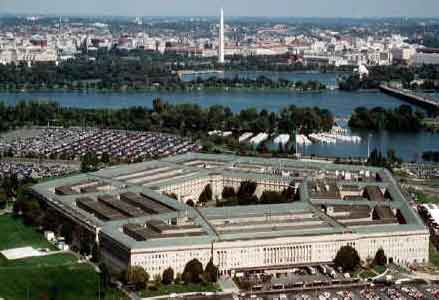 Pentagon construction started on the 11th of September 1941

Was it a coincidence or fact, 10 Yod Years later the world peoples experienced the questionable catastrophe known as September the 11th 2001 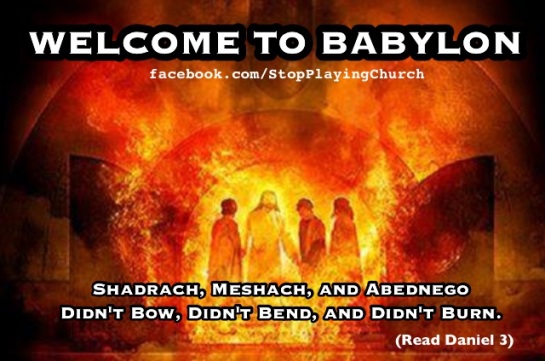 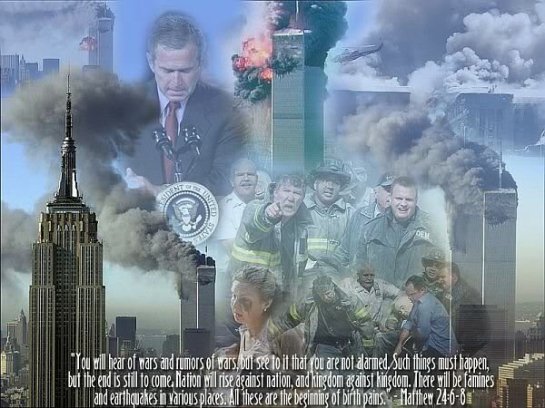 The NWO September 11th 2001 catastrophe that opened the door for George Washington celestial Lodge to be acknowledged as his Heaven in the Night or early Morning Sky as his 8 pointed Blazing stargod Remphan (Acts 7:42-43) International Space Station Alpha (Isaiah 14:12-14)

yet 11 years later, the devastating Libya Benghazi issue happened on the 11th of September Yod 2012 – AL 6012 (http://www.discoverthenetworks.org/viewSubCategory.asp?id=1755) known as the deliberate destruction of the American Embassy based in North Africa Libya,

which led to the deliberate death of 4 Americans Diplomats on the 11th of September Yod 2012 – AL 6012 after the dethroning of Libyan President Muammar Qaddafi, a coincidence or fact